Meal kit delivery company HelloFresh has introduced vEEF plant-based mince to its Australian menu, to be featured in...
Share 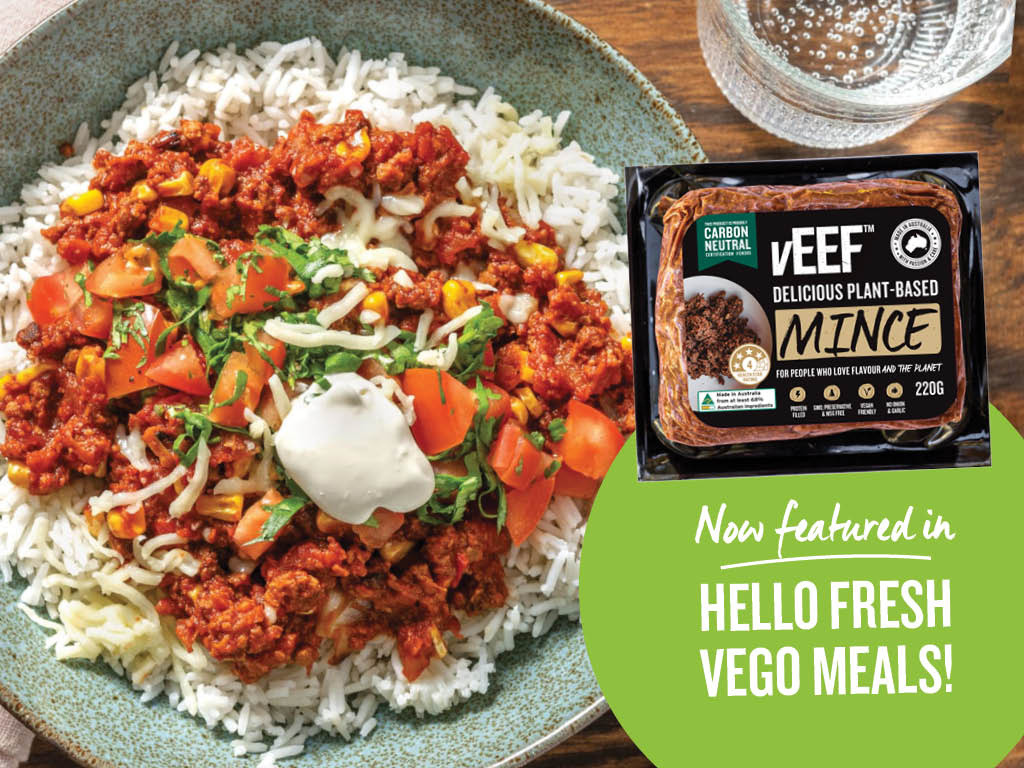 Meal kit delivery company HelloFresh has introduced vEEF plant-based mince to its Australian menu, to be featured in plant-based meat recipes such as ‘Chili Cin Carne’.

“People are more interested than ever in the ethical and sustainability issues behind their food and so we’ve seen a massive rise in demand for our plant-based meat range. This trend is set to continue as large brands like HelloFresh begin to invest in their vegetarian and vegan offerings,” said Fenn Foods co-founder and CEO Alejandro Cancino.

As the largest meal kit company serving Australia, the partnership of HelloFresh with vEEF may hint at growing demand for plant-based options among meal kit services as more Australian consumers are choosing Flexitarian eating. Consumer research by Colmar Brunton in 2019 found that one in three Australians are consciously limiting their meat consumption.

HelloFresh has previously partnered with Beyond Meat to offer Beyond Burgers in its meal kits in the U.S. In addition, South Korean meal kit company Fresheasy recently announced a partnership with Australian company v2food to supply its plant-based meat recipes.

In our recent report, Plant-Based Meat: A Healthier Choice?, we explored the available evidence behind topics that may...
Read More
Food Frontier news

Discover what Food Frontier achieved in 2020

What a year! 2020 was a year of great challenges and change, with the COVID-19 pandemic reminding us...
Read More
AU/NZ news

2021 was a testing year for most, but the alternative proteins industry in Australia and New Zealand managed...
Read More