The recent Senate Inquiry, Definitions of Meat and Other Animal Products, considered the topic of plant-based product labelling,...
Share 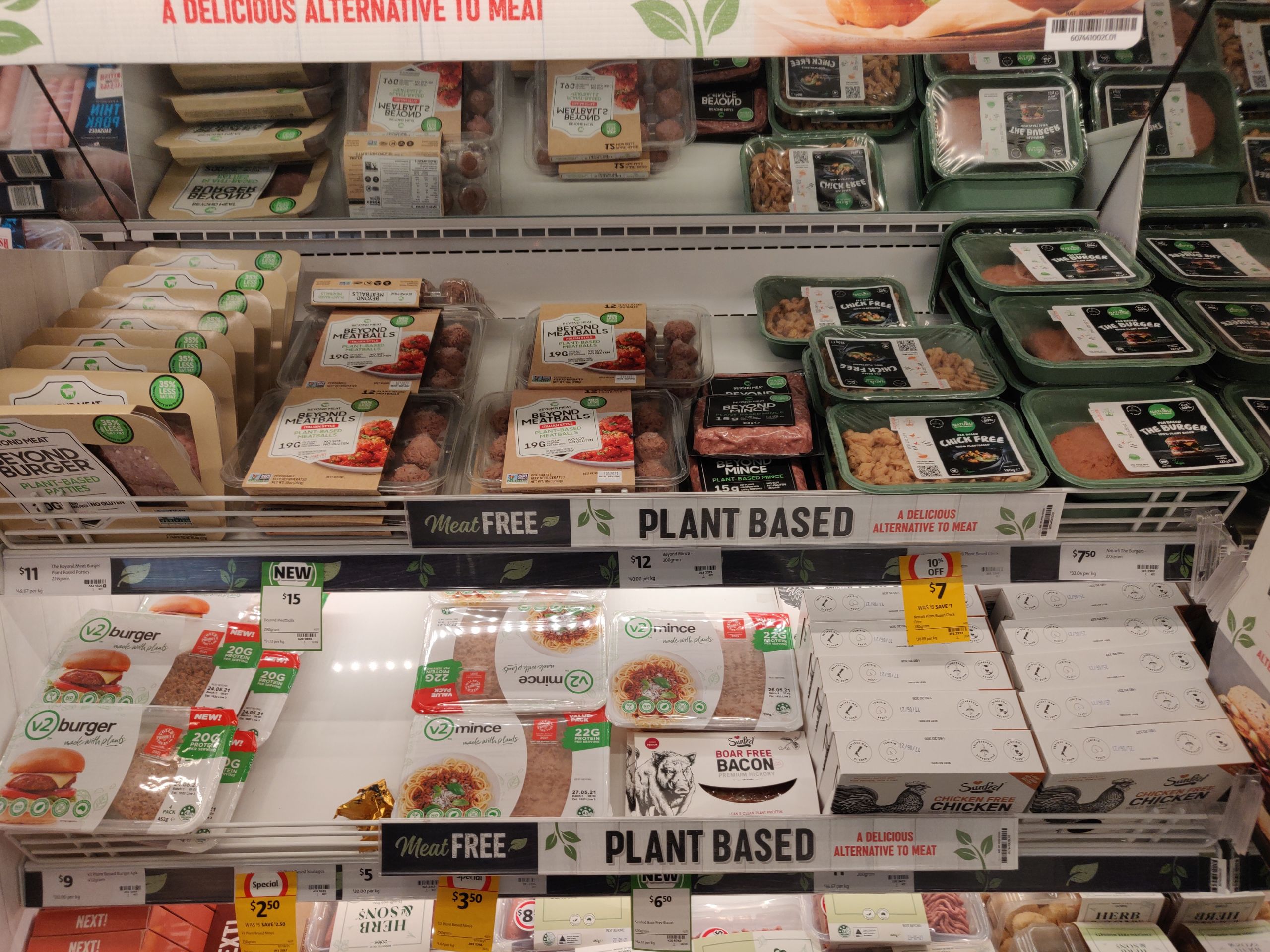 The recent Senate Inquiry, Definitions of Meat and Other Animal Products, considered the topic of plant-based product labelling, providing a forum for its committee and those following this dialogue to learn that:

– Demand for centre-of-plate protein is growing worldwide as our global populations grow;

– This presents an untapped opportunity for countries that move swiftly to capture market share in alternative proteins, and Australia has the agricultural capacity, commercial appetite, infrastructure, and research know-how to seize it.

However, the Inquiry Committee’s final report, in a split decision, recommends introducing regulation on the plant-based products sector that could limit its growing economic contributions in Australia. Food Frontier founder Thomas King elaborated on this further, with quotes included below.

The opportunity for Australia was quantified by research presented to the Inquiry from the Australian Farm Institute and Agrifutures, CSIRO, FIAL and others that project new protein industries to generate billions of dollars in additional economic value by 2030, creating thousands of jobs. This includes jobs growth in regional areas, new infrastructure investments, new revenue streams for Australian farmers, and value-adding of the crops they grow.

In considering the current state of plant-based product labelling in Australia, the Inquiry committee heard from the Australian Competition & Consumer Commission (ACCC), Australian Food and Grocery Council (AFGC), Australian Farm Institute and Woolworths, which each reiterating there was no substantive evidence of widespread consumer confusion caused by current labelling practices. All plant-based products on the market are required to include terms on their labels like “plant-based”, “pork-free” and “vegetarian” to clearly communicate to consumers the contents of the protein product they are purchasing.

The Inquiry committee also heard that a cross-sector, industry-led working group by the Minister for Agriculture previously reviewed this issue, recommending in March 2021 that voluntary guidelines for labelling should be implemented.

In an effort to further ground Inquiry discussions in evidence, Food Frontier presented new data comprising a market-wide analysis of plant-based meat products. Our analysis of 250+ products sold in Australia showed that only a small percentage of products take the uncommon labelling approach that was raised as a concern during the inquiry.

The analysis also demonstrated that all products use clear terms on labels to attract their target consumers, with:

– 100 percent including one or more terms on front-of-pack that indicate they are meat-free, such as “plant-based” or “vegie”;

Amongst the submissions and testimony provided to the Inquiry, key evidence underscored that:

– Very few products use the labelling approach of concern;

– And there is no evidence that other agri-food producers have been economically impacted by the growth of the plant-based sector, with the red meat sector for example posting record-high growth in the past year.

Despite this evidence, the primary report calls for unnecessary regulatory changes for the plant-based product sector.

In a split decision, the dissenting report supports the recommendation for voluntary guidelines as called for in the submissions of the Australian Dairy Industry Council, WA Farmers, Australian Food and Grocery Council and others. The dissenting report also offers relevant and specific proactive policies for new sectors like plant protein to help reach Australian agriculture’s goal of a $100bn food and fibre sector by 2030.

The industry body of which Food Frontier is a member, the Alternative Proteins Council, says it’s disappointed by the recommendations of the Committee and reaffirms the industry’s continual commitment to clear labelling with the development of voluntary guidelines, which include input from the ACCC amongst other key bodies.

“Australian leaders need to act on the overwhelming evidence that protein diversification is necessary to feed the world’s growing population, and fully support new protein industries alongside traditional ones.

“Enforcing restrictive regulation on an emerging industry as this report calls for, especially in light of no credible and substantive evidence to justify it, is a threat to the Australian food industry’s competitiveness in a changing global market.

“This matter has now been considered by government on four separate occasions – with the most consistent recommendation being either no action required, or at minimum introducing voluntary guidelines.

“In order to best serve Australian consumers, any decisions following this most recent process should continue to be based on evidence and avoid stifling innovation and consumer choice.

“It’s encouraging to see that the dissenting report offers productive suggestions as to how the government can support the burgeoning alternative proteins industry to maximise its benefits for our nation.

Food Frontier looks forward to continuing our work with all forward-thinking government leaders to enable Australia to reap the benefits alternative proteins offer for our farmers, manufacturers and consumers.”