In the largest investment in Australia’s plant protein sector to date, a newly announced $378M project to construct...
Share 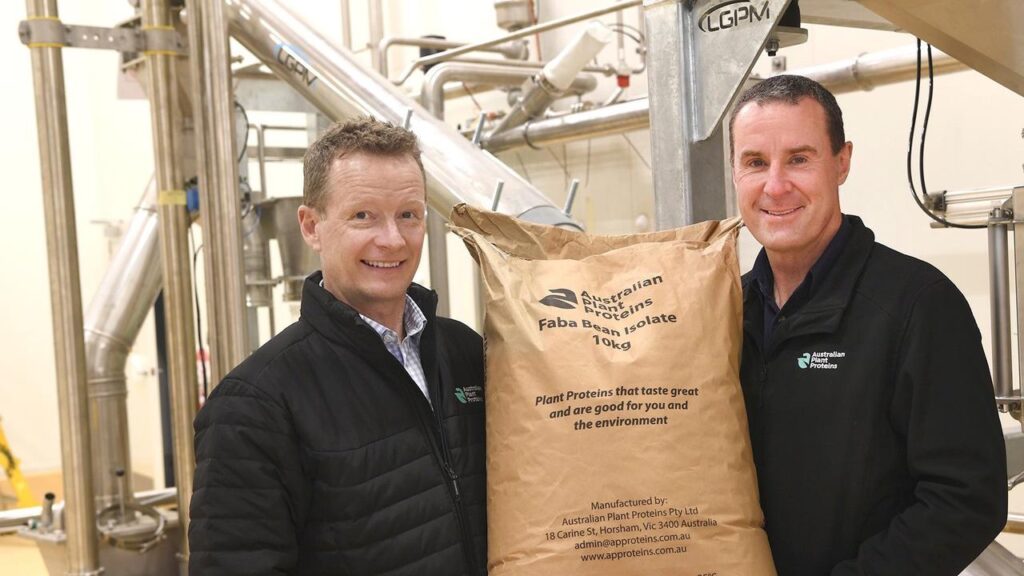 In the largest investment in Australia’s plant protein sector to date, a newly announced $378M project to construct three new plant protein processing facilities will position South Australia to become a major supplier of plant proteins and generate up to 8500 jobs in the state.

The project is a joint venture amongst Australian Plant Proteins (APP), Australian Milling Group and Australian meat company and one of the country’s largest family-owned food businesses, Thomas Foods International. The joint venture represents a combined $200M in company investments, with the federal government awarding the project an additional $113M grant through the Modern Manufacturing Initiative (MMI) and the South Australia government committing a further $65M.

While many Australian plant-based meat manufacturers have expressed a desire to purchase and use more Australian grown plant proteins in their products, APP is the only commercial scale pulse protein extraction facility currently producing such ingredients in Australia. The new venture will significantly expand domestic plant protein supply and export opportunities, quadrupling existing production in South Australia and supplying 25,000 tonnes of pulse protein per year. South Australia currently produces over a quarter of all Australian pulses, with this project giving Australian farmers the opportunity to value-add their crops by up to eight times.

For APP co-founder and director Brendan McKeegan, the new venture is a significant boost for the company’s manufacturing capabilities and the country’s ability to compete in global markets as demand for new sustainable proteins grows.

“[It] puts us on a global scale and a level playing field with Canadians, who are the world leaders. We’ll be able to compete with them internationally through supplying plant protein products and ingredients to global markets,” he explained to Business News Australia. “For the first time [we’ll be able to] supply to scale plant protein for Australian manufacturers.”

Thomas Foods managing director Darren Thomas said the time was right to expand into the plant-based industry. “The market for plant-based products is expanding rapidly and we see great opportunity to leverage our experience and expertise into this exciting new (industry) for local farmers and consumers across the globe,” Mr Thomas told The Advertiser.

South Australian Premier Steven Marshall said the three manufacturing hubs would create “opportunities for the next generation”, bringing 8500 new jobs into the state and adding more than $500m a year to South Australia’s economy.

“SA is already world-­renowned for our premium food and produce and we now have a first-mover opportunity to capitalise on the emerging global demand for plant protein-based food,” he said.