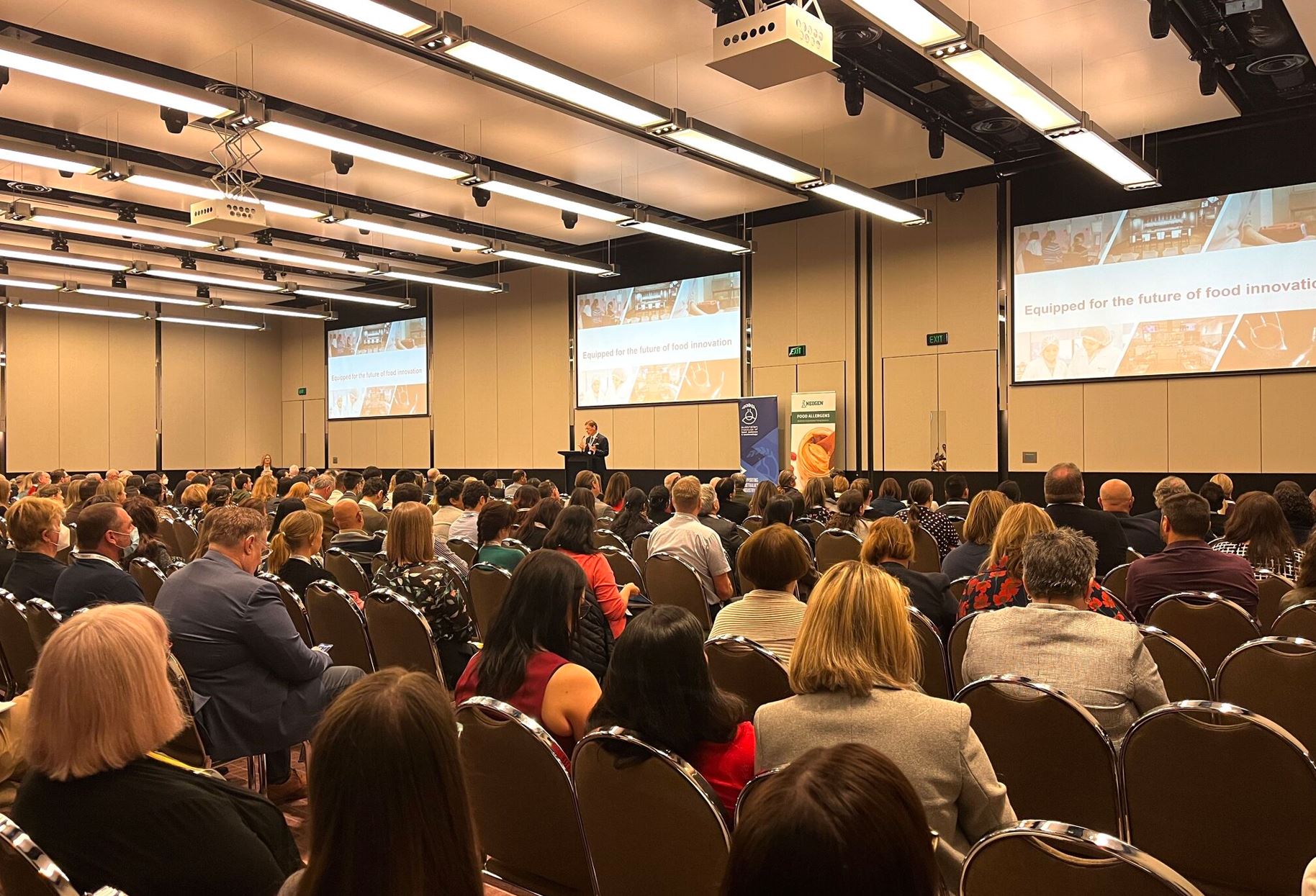 Head of Industry Engagement Susie O’Neill recently attended AIFST22, the Australian Institute Food Science and Technology’s convention, for which this year’s theme was “Food Science – Creating the future through collaboration & innovation” to represent Food Frontier at the 44th annual event.

Moderated by food industry expert David Landers, the panel was challenged to respond to various questions about future food systems and emerging technologie. Landers asked each panelist to describe food systems of the future in 10 or 20 years’ time and Susie challenged the audience that our meat, milk and cheese may not all come directly from the farm; that in the future, meat, milk and cheese will taste the same and be bioidentical, but could be produced via technologies like precision fermentation and cell-cutlivation, and be made in a large scale cultivation facility called a biofactory.

Susie provided further explanation of the current and new technologies plant-based meat, precision fermentation dairy products and cultivated meat, which represent an estimated $3b opportunity for Australia, and the opportunity to add value across Australian food supply chains.

A key theme of the panel was that sustainability will be critical to meeting growing demand and building resilience in Australia and the world’s food systems. Susie elaborates that, “Food scientists of the future will need to be both curious and open-minded to consider how to embed sustainability into every aspect of our food systems, addressing big challenges like how to improve production and cost efficiencies, reduce waste and emissions, and retain taste and nutritional quality.”

Although Australia is an abundant food producer, significant challenges remain in domestic manufacturing capacity and our reliance on imported ingredients (often produced domestically as a commodity, exported and processed and then reimported). The panel agreed that no one technology is a silver bullet, and a combination of approaches will be required.

That combination of approaches was further underscored by Susie’s favourite take out from the session: Dr Padayachee’s poignant reminder that “people eat food not nutrients,” highlighting the need for cooperation to remove silos that inhibit food and nutrition scientists working together.