Cellular agriculture ventures around the world including Future Fields, CellMEAT and Mosa Meat have announced new funding this...
Share 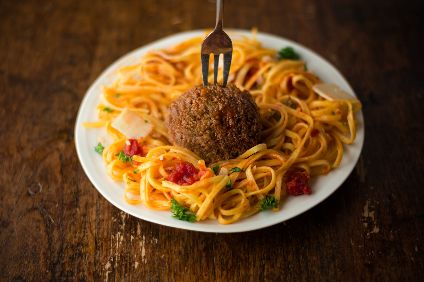 Cellular agriculture ventures around the world including Future Fields, CellMEAT and Mosa Meat have announced new funding this week, with all indicating they’ll work towards developments aimed at reducing production costs.

Future Fields, a Canadian company developing serum-free cell-culture growth media solutions has raised US$2.2 million in seed funding. The company revealed it has shipped its first commercial batch of proprietary ‘FGF2 growth factor protein’, a necessary component in growing cultivated meat, to various producers. With cell-culture media and growth factors remaining expensive components within the production process, Future Fields says that its product will help its clients cultivate meat at an “exponentially” lower cost. Currently, it is estimated that growth factors and cell-culture media take up anywhere between 55-95% of the marginal cost in manufacturing cell-based foods.

CellMEAT, a South Korean cellular agriculture company, has raised US$4.5 million in pre-series-A funding. CellMEAT has developed its own cell-culture method and serum-free cell-culture growth medium, aiming to reduce the high costs currently associated with cellular agriculture.  CEO Giljun Park said the company’s technology “has the potential to compete at a global level,” and they “intend to make cultured meat production as a reality in South Korea.” He explained that the funding will go towards research and development to reduce the company’s production costs and to assist with scaling-up.

Mosa Meat, a Dutch company working to produce cultivated meat raised an extra US$10 million to close its Series B funding round at U.S.$85 million. Mosa Meat was the first company in the world to produce cultivated meat in 2013, with the bill for its preliminary hamburger patty costing US$280,000. Mosa Meat says they have been able to reduce this cost by 80 times in the years since. The company is aiming to apply for European regulatory approval in the first half of this year and with the hope to have products available in market by the end of 2022.

In academia, a Turkish team at the Stem Cell Institute of Ankara University is also working on a project to increase the availability of cell-cultivated meat by greatly reducing its cost. Can Akçalı, the vice chairman of the Institute said the team had worked hard to develop a serum-free cell-culture medium as an alternative to fetal bovine serum, which costs about $400 a litre, for $5 and $10. Akçalı, said, “The fact that this solution, which we call biftek, was created under natural conditions and no genetic modification has been made, increases the prospects for future use.”

The Victorian Government is backing its state in the race to become a national leader in alternative proteins,...
Economic OpportunityInvestmentResearchAgriculture
Read More
AU/NZ news

Grill’d doubles down on plant-based meat